A native Floridian I moved to the Piedmont region of North Carolina in 1990. After graduating from High Point University my wife and I chose to settle in High Point.

I have always been in the information business. Starting in high school by studying lithography and various aspects of the graphics trade. I would go on to become a very proficient press-operator, unknowingly following the generations of men in my family before me.

In the early 1990s I came to realize that the pace of change in the information field was increasing. I was doing more pre-press and composition work on a computer, and Xerox had recently delivered a machine that could do my job.

I love helping organizations embrace technology and show how it is essential for business success.

I cut my teeth on system administration as a Computer Operator for a local hospital in the 1990s during college. Most of my career centered around Microsoft technologies with Linux filling-in the gaps.

I believe in the concepts behind HTML. The idea that information can be displayed anywhere, on any device, in nearly any format (appearance), and link other information with the ease and openness not found in traditional forms of information sharing. It is open. It encourages sharing. It accomodates obscurity.

“A project is complete when it starts working for you, rather than you working for it.”
Scott Allen

A Better Way to Print Labels From a Browser 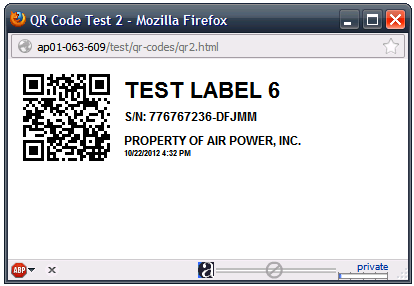 We employ a browser-based asset management application created in-house and written in PHP. The asset label is designed to print on 3" x 1" labels on a dedicated label printer. Clicking a link on the asset details page opens a "pop-up" window with the label displayed.

Printing labels was proving difficult due to many shortcomings. Among the following:

Bottom-line, the printing of labels was troublesome for the IT techs, despite them having created the application, and would have proved un-usable if rolled out to the less computer-savvy end-user populace.

Create a simple way to print labels from a browser that did not require the end-user to change page properties or printing preferences in the browser. Ideally, clicking a link to print a label would "just print a label" causing a label to spit out of a dedicated printer. 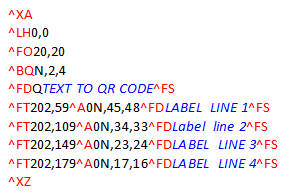 Create a Zebra Programming Language (ZPL) script using PHP and FTP the script to the printer causing the printer to generate a label.

A nearly fool-proof way to print asset labels without requiring any input or reliance on the end-user. All labels are identical in size and quality. All QR codes are natively generated by the printer instead of just an image being printed, eliminating the reliance on external APIs or PHP classes. 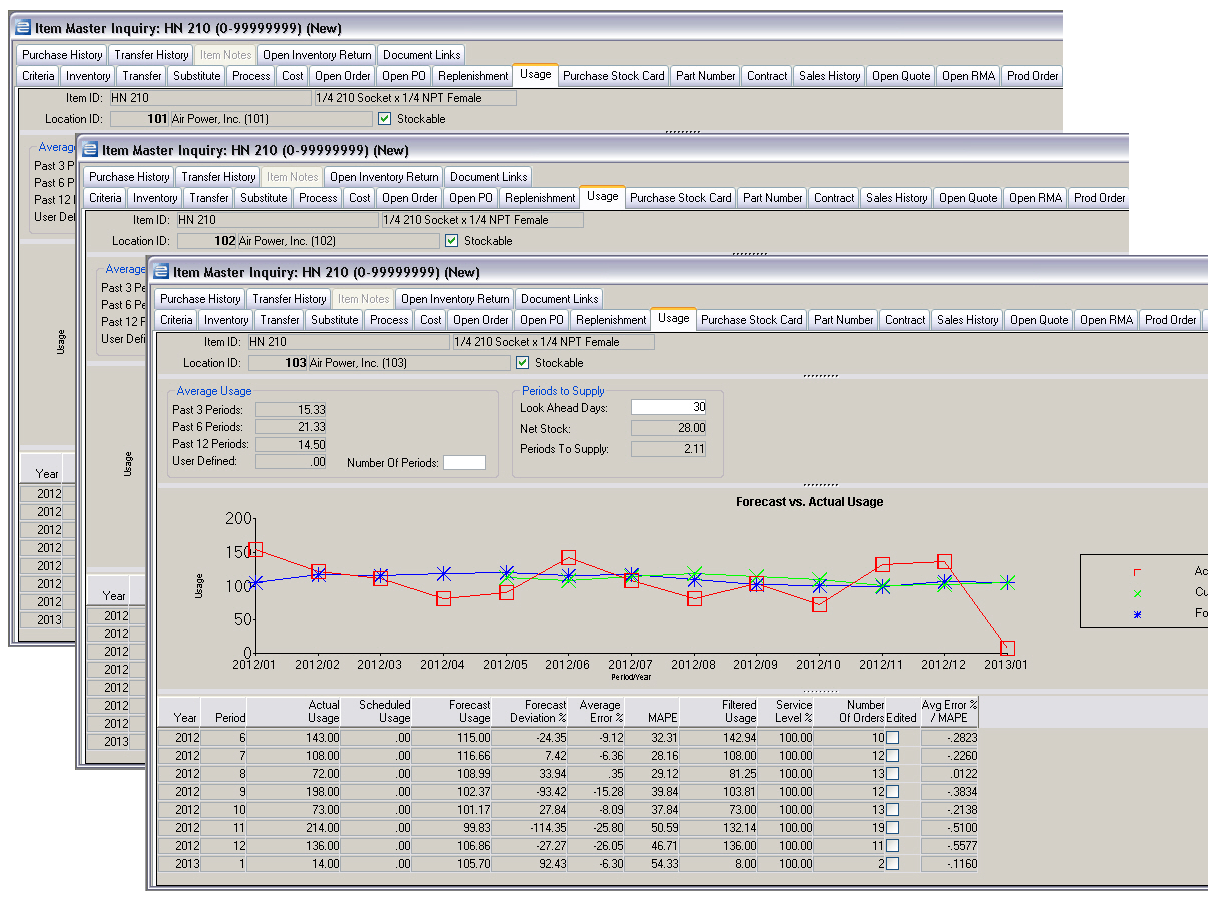 Air Power is a distributor of industrial tools primarily pneumatic. Like many distributors, we use an ERP from Epicor named "Prophet21." This software was initially named "Commerce Center" created by the company "Prophet21" before they were acquired by Activant (which was later acquired by Epicor).

When I started at Air Power in 2000 they were on a character-based system from Prophet21 named "Acclaim." In late 2005, the decision was made to upgrade to a Windows-based solution and logically we decided to move to Prophet21's Commerce Center. After a short 6 month conversion we went live in early July 2006.

Very soon after going live we discovered the way the software displayed an item's usage was not going to work for us. In Prophet21, usage is displayed by sales location. To determine the company-wide usage you have to record the usage for a location, then click another tab to select another location. Then click back on the Usage tab to see that location's usage for the item being displayed. Repeat this for all locations then add up the figure for each location to get the total usage. With several locations this is tedious and when reviewing several items is laborious.

Develop a way to view an item's usage that displays a company-wide total. The solution should be no more difficult to use than displaying usage for just one location in Prophet21. Furthermore, the solution must display the usage in real-time - not relying on a "data dump" of the previous day. 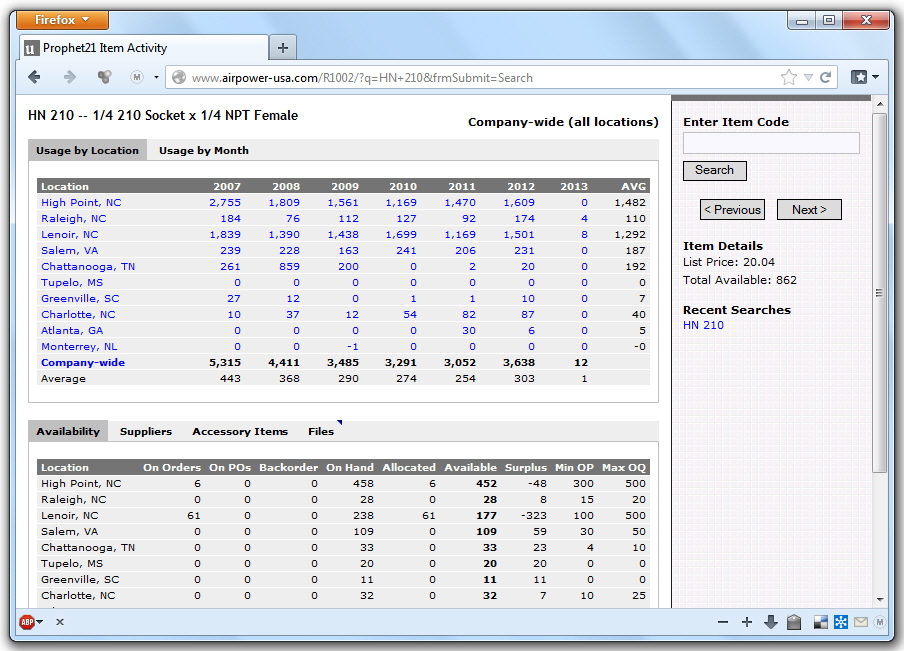 In an attempt to find a solution quickly we hired a consultant from Prophet21 to work on-site for one week. At the same time I went to work on a web-based report that would be accessed from our company intranet. Having experience with Crystal Reports, I also started work on a custom report that I thought may be integrated into Commerce Center itself somehow.

After a few days both the consultant and I had working prototypes and presented them to the steering committee. Both options looked promising and the next two days were spent making design changes at the request of the steering committee. One concern over the web-based reports was acceptance by end-users, as this was to many the first time the Internet was relied on to produce a report. Everyone had heard of Crystal Reports and the canned reports within Commerce Center were written in Crystal as well.

The web-based report was an instant hit with all end-users. Instead of resistence most users offered suggestions and requests for more information to be displayed. Although it is difficult to know how much time it has saved, nearly everyone agrees that this report is a timesaver.

The original report was written using Microsoft's Active Server Pages (ASP) technology. In 2010 the report was re-written in PHP and included features such as auto-complete, uploading of files, and displaying information specific to the location of the employee viewing the report.

* one who specializes in technology. I haven't touched a printing press since 1994.